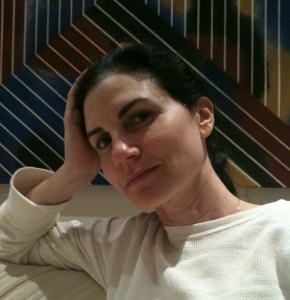 If it would be possible to mix Robin Hood with a dash of Che Gevara and loads of femme fatale – that’s where you’d find Katherine Sutton. Someone most probably you’ve never heard about.  And that’s what this renegade philanthropist is all about – flying under the radar while helping those in need.

To most, Katherine’s work with Colombia’s neediest population, would be considered philanthropic. Yet, I knew I was speaking with a true philanthropist while I was briefing her about this interview.  Before I finished telling her that the theme for this issue is philanthropy, she interrupted me to ask: “and what is philanthropy?”

That’s because helping those in need is her end. Not a means to a tax break, recognition or an ego stroke.  She tells me that what she does is probably closer to Socialism (hence the mention of el “Che”) and problem solving.  She helps those who the government should be helping but has declined support for bureaucratic reasons, and hence have been left to die sometimes quite literally by the side of the road. Although if needed, she’ll work with NGO’s and Corporate Social Responsibility (CSR) programs, she intentionally stays at the fringe of their legislation and bureaucracy.

What Katherine does is so remarkable because she has moved beyond where most stay stuck – playing the blame game, pointing fingers at the guilty party.  She took matters into her own hands.   Although she did not set up a foundation (remember she’s not in it for the tax breaks), she masterminded a sustainable model to help the neediest in her community. Volunteerism is the name of her game. That’s what makes her initiative sustainable – and unique.  To begin with, her model works with very little money. Enabled by social media (facebook and twitter are her best allies), Katherine pairs people in need with a web of people willing to give much more than money.  They give their time and expertise for free.

Her main vehicle to provide relief to communities – medical and otherwise – is by way of Operativo Esperanza (Hope Mission).  During the past 24 months, she has organized 5 missions.  It takes close to US$10,000 to organize a two- day mission, which on average gives a community of 1,000 people medical care, clothing, food, and entertainment. Yet very little money exchanges hands.  Supplies are donated by corporations and delivered by volunteer pilots who belong to the Patrulla Aerea Civil Colombiana; medical care is provided on a pro bono basis; entertainment is provided by volunteer celebrities; and volunteers are mostly flown for free by commercial airlines.  Katherine reminds me that “without volunteers all this would not be possible.”

Even more remarkable, she has mindfully moved up Maslow’s pyramid, and gone beyond fulfilling a community’s basic needs.  During a Hope Mission she includes fun and pampering. Depending on what she learns from the leaders of the community she helps, she’ll organize yoga sessions, entrepreneurship talks, manicures and pedicures, and even bring along brand-name beauty products.  She tells me “it’s about listening to their needs – not assuming that because I need x,y,z they will too. I ask the community leaders to find out…they have a need to be heard…which is also important to fulfill.”

Katherine rarely makes the press (remember she’s not in it for the recognition) – yet from her iPhone she can access the unconditional support of Colombia’s movers and shakers.  Most answer her call after the first two rings.  On any given day she’ll have lunch at Colombia’s Presidential Palace with the nation’s First Lady. Or fly on a private jet lent by the nation’s wealthiest to deliver medicine to communities located in remote areas – not easily accessible by road.  Upon meeting her, Deepak Chopra labeled her a change agent.

Nothing is too much to ask for Katherine.  Driven by a burning desire to help, when she’s not organizing a Hope Mission, she’s busy helping on an ad hoc basis.  Take Jhokimuri (that’s his username), a man paralyzed from the waste down, who Katherine and a group of volunteers empowered to set up an internet café.  Among other things, this involved finding a micro loan, space to rent and equipment.  There’s also the girl who Katherine helped fly in from a remote town into a city hospital to receive surgery – by doctors working 100%  pro bono.

It would be an understatement to say that Katherine’s brand is worthy of imitation.