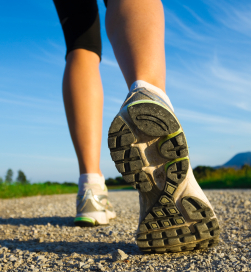 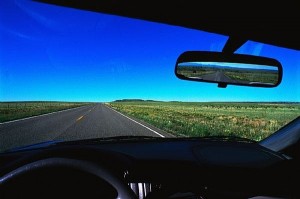 Ambition. Passion. Tunnel vision. Laser-sharp dedication.  Self-criticism. High expectations. An entrenched fear of failure. A need to compete and to win. And self-awareness.

Without exception, every single one of those traits fuel her career.

As she candidly admitted to me, it was mostly in search of approval and admiration the reason why at the age of 17  she decided that she wanted to follow her parents’ footsteps and become a surgeon.

Guided by her parents’ example, she immersed herself in a rigourous training program that lasted 13 years.  It included working long hours, completing exams 12 years in a row (that’s a total of 24 semesters) and supporting a family on very little pay – while watching most friends live comfortably.

13 years later, Josephine now owns and runs one of the most succesful private day surgeries in the country.

No doubt, she earned her current success.  As she wrote to me:  “Being self-demanding to ensure my success has become a habit…Fortunately my profession is judged by results.  And it’s delivering results where I’m talented – and I seek to be better every single day.  It’s because a patient’s complication gives me so much angst that I seek to be a better a surgeon.”

Most definitely she feels that it’s an advantage over other surgeons to have parents working in the same profession.  Because she admires her father inmensely, she has been wide open to learning from his path.  Today she feels that she has gained 30 years of experience – over those who don’t have parents in the same profession – or those who aren’t willing to learn from their parents.

In her words:  “It’s been a matter of learning from my dad’s mistakes.  About following his idealogy about work – and paying close attention to what it takes to stand out as a surgeon – just as my dad has.  From a technical view point, I’ve benefitted from the number and variety of procedures that I had access to during my formative years, from having a medical library at home, and from travelling to conferences with him…This is in large part why my experience is much greater than it should be at my age…Today we enjoy learning as a family.  Professional development has become a fun family activity that my dad, my mom and I share.”

Note to self: Sure you can chose to rebel against your parents – and go at it alone. Or you can choose to leverage their wisdom.  It’s your choice.

As much as she admires her parents, and learns from them, she feels that perhaps the best career move she has made so far has been to work alongside her dad – and not for him.  They each have their own private practice, that includes having separate patients and support teams. That has allowed her to make a name for herself – and importantly to receive her own referrals and build her own reputation as a surgeon.

Note to self:  The success of your parents – and of others around you – is not your own.  The sooner you accept this reality – and use it to your advantage – the sooner you will start to cast your own shadow.

Although her career has benefitied immensely from working alongside her parents, it’s having clear and achievable goal posts that have led her to her own achievements.

In her words:  “In school I knew I had to complete the school year, in university I worked towards completing every semester, and during my residency I worked towards completing every new rotation at the hospital.  I always planned  – and rarely did I make impulsive decisions.  I guess I was fortunate in that sense. There was always someone around who reminded me to be analytical, look at the facts and stay on the path I had planned.”

Note to self:  Set achievable goals – and a long career path will not feel like holding your breath under water.

Clearly Josephine is a person who thrives under the constant tension that exists between success and failure.  She is constantly looking to improve her skills, increase her knowledge and sharpen her business acumen – that is her way of guaranteeing success and warding off failure.

Note to self: What are you doing in your career to guarantee success and ward off failure?

“Perhaps the most important lesson I’ve learned is that my profession is made a day at a time, a patient at a time.  As long as one is ethical, committed and professional, results will begin to emerge.  Just as well, monetary achievements cannot be an end in itself – but a desirable fringe benefit that results from helping people and offering a service with care and loyalty.”

Note to self:  Working for money is short-sighted.  Expand your vision.  Work for more than money – and the money will come.

*Name changed for privacy reasons.  I feel honored that Josephine trusted me with her story. She did so only on the condition that her identity not be revealed.  Looking to respect her wishes – and thank her for her contribition – her real name has not been use

Meet Penelope.  A professional who has worked out a way for making lots of money, doing what she loves, and changing careers seamlessly.  Perhaps it’s all because she has an inbuilt industrial-strength bullshitake detector.

Read on to get a dose of her tough love.

Like many other creative and sensitive people, Penelope feels a strong need to do what she loves.  Unlike many others, she has not taken the ‘starving artist’ road.  Instead she has gone to great lengths to satisfy her creative cravings while paying bills. That’s because Penelope feels adamant about people having a false belief that they should get paid for doing what they love. In her speak: “A capitalist world needs mundane stuff to be done – stuff people will not necessarily love.  If we’d all really do what we love, we’d be having sex and eating apple pie…”

“In adult life what we’re looking for is the intersection between what we’re great at, what we love and what people will pay us for…”

As she went on to tell me: “The commitment to finding (that point) is the only honest way to find a career.  And if you say that you have a career but you haven’t found that, you’re lying to yourself.  Because we all want to be valued financially…our self-esteem is higher and our sense of personal stability is higher if we can support ourselves.  And so the idea that you change careers to do something that you can’t actually support yourself in, is bullshit(ake)…It’s not negativity (towards) career changing, it’s negativity towards bullshit(ake).  It’s negativity towards being a brat about work life…we all compromise and that’s what adult life is.”

Note to self: Pursue what you love – but don’t feel entitled to getting paid for it.  And please, don’t take this personally. It’s just how the business world works. Instead look outside of your work life to do what you love. Above all, be honest with yourself.

She’s been one to put her money where her mouth is.  During the first decade of her working life she made it a point to have two jobs at the same time.  One job was for doing what she loved, the other job was for paying the bills.  While she played professional beach volleyball, she worked at bookstores.  While she wrote, she taught undergrads.  While she learned about interactive media, she coded HTML.

Even after she started running her own companies at 29, she kept this trend alive.  Today, Penelope is the CEO (and founder) of BrazenCareerist.com, a website that receives 500,000 hits per month and is ranked by Alltop as the top online destination for young professionals. She’s also the author of the book Brazen Careerist: The New Rules for Success, which has been widely successful.  If that was not enough, her syndicated column runs in over 200 publications and her blog has over 32,000 subscribers. (Penelope is also a single mom of two)

Note to self:  Time is only mental.  If you’re committed, you’ll make the time.

“Even if you do what you love – and get paid for it – you won’t want to do that your entire (work) life.  We’re going to have (work lives) for 50 to 60 years.  Anyone who’s doing the same career for that long has brain damage.  It’s just too boring and it’s a waste of a life, and your learning curve flattens, and your personal life changes…So there’s nobody who’s being honest about living a life that is true to them saying: ‘ I’m set in my career for the next 60 years’  It’s ridiculous – it’s just dishonest.”

Note to self: A career is a living thing that is constantly evolving. Both change and impermanence are part of the package.  Rather than resist this reality, prepare for it.

Even so, she recognizes that change is hard – and disruptive: ”Changing careers is extremely scary and (needs to be) well-thought out. (It) involves making compromises in your life. If you’re not feeling that, then you’re lying to yourself.”

As a person who craves challenges, she follows a braid model that allows her to minimize the pain and disruption caused by change. Her braid is woven with three strands – which she keeps very separate.  One strand is for paying bills.  That’s the career that she aims to master.  She knows that the stronger that strand is, the more money she stands to make.  The second strand she keeps looser and more fluid. In this area she looks around for new opportunities, and for intellectual and creative stimulation.  That’s the strand that has allowed her to change courses seamlessly. The third strand she labels relationships. That’s the strand that brings meaning to her life.  As she puts it: “(It’s) a no brainer.  It’s ridiculous to say that work gives meaning.  Work doesn’t give meaning – relationships give meaning. Work keeps things interesting, it makes us feel useful, (it) makes us feel part of a community…People who think they’ve achieved higher meaning through their work than someone else are arrogant and misguided…We achieve meaning through relationships.”

That’s in synch with her child-hood dream – as she wrote in an email to me:

”Childhood dream: to not be lonely”

If you haven’t guessed it by now, Penelope is a planner and quite strategic.  She generally has a solid goal and aims to run her career around it.  Her model is so powerful because it’s pre-emptive and keeps her adaptable.

As she summed it up for me: “The most effective way to do a career change – which is what I’ve done every single time – is I’m always working on two careers.  I have one career I’m becoming great at and earning a lot of money because I’m working hard at mastering…and I have another thing that I’m doing which is looking around, experimenting, trying new things, doing a lot of work for free.  …What it is really, is the commitment to permanent self-exploration so that career changing becomes a seamless part of your life. If you don’t do it that way, every time that you change careers you completely disrupt your life.”

As anyone with business sense, Penelope has an exit strategy.  She knows how to get out before she goes in.

Note to self: Work with the end in mind. Incorporate a bridging strategy into your career. Have two things going at once.

What has worked best for her is self-knowledge and self-trust.  She believes that self-knowledge trumps everything. And in spite of her success, she admits to having felt lonely, afraid and out of step with everyone else.  Twenty years later, she now knows that if: ”you’re feeling those things, you’re probably on the right track…”